My dear Paste issued their “Best Albums of 2012 (So Far)” and I love a lot of the albums the editors wrote about. But, since I have a peculiar sense of music perhaps, I have decided to grace you with 10 albums I love and can’t quite get enough of. 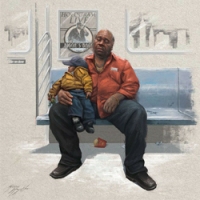 10. Random releases – Childish Gambino: So Donald Glover hasn’t released any album just yet, but he’s released quite a few tracks that may or may not show up on his soon to be released mixtape (that may or may not come out on Independence Day). His new releases have been met with his biggest criticism yet, which resulted in him using a lot of tweets to respond to the media. There’s a reoccurring joke in the offices about my undying love for Donald, so it should come as no surprise that I would bend the rules to include him in my list. Suggested track: “Eat Your Vegetables” 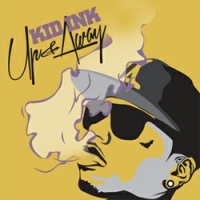 9. Up & Away – Kid Ink: I’ve only heard the album a few times since it was released earlier in June, but it reminds me of mixtape era Drake.  That being said I have to say it’s the vibe the album gives me and it wasn’t the lyrics that grabbed me. It was the mixture of traditional hip-hop and R&B with a dash of modern flavor that made me throw this on here. It’s not usually what I go for in an album, but it’s more of a guilty pleasure. Who says average lyrics don’t cut it when the flow and overall attitude makes it work? Suggested track: “Time of Your Life”

8. Stars and Satellites – Trampled by Turtles: While this may be a heavily stringed bluegrass album, I never thought of it that way. It’s everything I look for in an album: melodic, intricate and soothing. These boys might be from Minnesota, but I was damned to find out that they weren’t back country of the south where all there is to do is drink and learn to diddle some impressive strings. It’s not an album that I’d throw on at a party, but it’s most certainly one I’d want to listen to as I criss-cross the country in my sedan. Suggested track: “Alone”

7. Breakfast – Chiddy Bang: Knowing how to have fun is what makes a lot of hip-hop work for me. Chiddy Bang is a duo that has infectious rhymes over poppy, indie electronica. I was really grooving on “Handclaps and Guitars” for a bit, but now realize that the song is really just a piece to the puzzle. It’s filled with a lot of clever wordplay that keeps surprising me with each listen. Still, it really is the beats that makes this album. Suggested track: “Mind Your Manners”

6. Rot Gut, Domestic – Margot and the Nuclear So and So’s: So, one of my favorite bands only hit number six on my list. It’s not because I don’t love how much darker Richard Edwards made this album. From the first chord throughout the journey of self-loathing and recovery I still find myself rearranging my list of all time favorite Margot tracks, with a lot of these near the top. I feel like I spent a lot of time with Edwards through interviews, but more so through his lyrics and this bad boy is no different than any other album he has crafted. While there are still fans bitching and moaning over how “old-Margot” is better, this second album from the heavier sounding band goes to show Edwards and crew aren’t messing around. Suggested track: “Books About Trains”

5. The Lumineers – The Lumineers: Wholesome love ballads and one of the catchiest tracks (“Ho Hey”) in recent memory. That’s what this adorable trio from Denver laid out in what I strongly feel is this year’s The Head and the Heart. Passionate acoustic guitar and raspy vocals lead the way over foot stomping drums and a classic cello weaving through song after song. It’s one of those albums that I have to tell people,”You know that famous song? Well, the deep cuts are better. By leaps and bounds.” Yes, that is a sentence taken verbatim. I feel that once you listen to this self titled debut you’ll understand the magic behind the quirky and wholesome nature put behind each lyric and melody. Suggested track: “Stubborn Love” 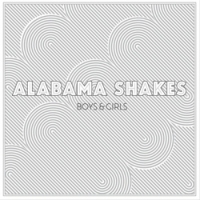 4. Boys & Girls – Alabama Shakes: This is one of those albums that when you listen to the vocals you can’t help but make the “stank face.” What Brittany Howard is able to accomplish feels so dirty. And so good. She’s a modern day Janis Joplin, but packs a punch. You listen to the band and you can’t help but want to get down. It’s grimy. It’s soulful. It’s what music needed and it’s something you should most certainly pick up if you haven’t. Not only will pretentious 18-year-olds tell their friends that they’ve heard of these guys since before this album dropped, but middle-aged folk who know nothing about music will understand the wonders that unfold on this debut. Suggest track: “I Ain’t the Same”

3. The Lion’s Roar – First Aid Kit: First of all I’m tired of hearing these sisters’ music described as “Swedish Americana.” I know I’m guilty of it because it’s so simple to refer to the Swedish duo’s genre as Americana, but it’s really just Swedicana…if that even is such a thing. Everything is perfect on this album. The instrumentation, the lyrics and, above all else, the vocal harmonies. It starts off with two smash singles (“The Lion’s Roar” and “Emmylou”) so you’d expect the rest of the album to pale in comparison. You’d just have to, right? Wrong. Just listen to it all and fall in love. Suggested track: “Blue” 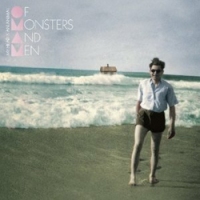 2. My Head is an Animal – Of Monsters and Men: This is probably my most listened to album on the list. I technically have the European version, but even with the switched tracks and rearranged order, this break out debut is a stand out. It blends everything I could ever want. Female vocals paired with a male. Offbeat instruments like an accordion. Cinematic build. An explosion in my brain. I pick a new favorite song every time I listen to it because the album is just. That. Good. And while all of these performers are amazing live (I haven’t seen Kid Ink, Trampled by Turtles, Chiddy Bang and First Aid Kit) this Icelandic band takes the cake…right behind Mr. Glover. but that’s comparing apples and oranges. Suggested track: “From Finner”

1. Threads – Now, Now: This is different for me. Now, Now’s music isn’t what I’d normally call my preferred genre. I feel a really strong connection with the album. The notion of searching for a common thread in life is something that I have been seeking for myself. If music were books, this might fall under the “Young Adult” section. That’s not to take away from the gravity of the album. In fact, the emotional topics are expressed vibrantly in a dreary manner. The misty exploration will have a lot of listeners going, “Yup. Know that feeling.” It’s the album that I put on for people to see how compatible we are. I know a lot of people will overlook this one, but if you don’t appreciate it at all then…you’re done, son. Suggested track: “School Friends”