I’ve seen a lot of pilots already, but haven’t seen past the first episode and am eagerly awaiting the premieres of a lot of new shows.  Of course there are a lot more than this that I’m going to be tuning in for, but these are the five that stuck out the most. 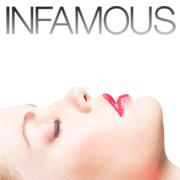 This show absolutely shocked me when I saw the pilot. It’s about a high profile socialite who is found dead from an apparent drug overdose. Her former best friend, a detective now across the country, is pulled in to the vicious web of the rich and famous. Maybe I’m warming up to these types of thrillers, or maybe I’m just a sucker for a good mystery. It plays like a safer interpretation of The Girl with the Dragon Tattoo and weaves clues into scenes that hint at the background of the family. If you’re looking for a show filled with deciet, this is for you. I’m not saying it will be an Emmy contender, but it will draw you in and you’ll be left wanting more.

Talk about taking me by surprise. Even though technically it shouldn’t have considering I loved Glee before it crashed an burned into some embarrassing shadow of its former self and Smash before I foolishly stopped watching it halfway through its freshman run. Nashville is a musical drama about a fading country legend and a rising teen sensation. Connie Britton (Friday Night Lights, American Horror Story) has been nominated three years in a row as a lead actress (two for a drama series and this year for a miniseries) and this show might land her yet another nod next year. I only had interest in this show because of her. She might carry it, but I wouldn’t be shocked if Hayden Panettiere steals the show.

Sure, Abrams is attached to this project, but it isn’t an Abrams show. It’s a post-apocalyptic show that reminds me a lot of FlashForward in many regards. It turns out 15 years after all of the power in the world goes out, life is a lot more simple. People don’t leave their villages, they farm and it’s a lot like pre-technology. I’m talking colonial stuff here. It’s your typical sci-fi/action plot. There’s an evil regime, a family with a secret and a young, pretty woman willing to go to great lengths to solve everything. It may not end up being the best, but the pilot (directed by Jon Favreau) piqued my interest a great deal. 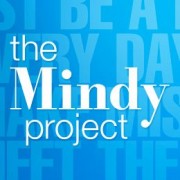 Being hailed as a version of Bridget Jones, this comedy isn’t about an overweight sad sack looking for love. It’s about a quirky, successful woman navigating her way hilariously through the world. It’s been approved by HelloGiggles (whose co-founder has been nominated for Best Actress on a Best Comedy-nominated show), but I think it reaches well past being “adorkable.” Mindy Kaling is one of the funniest people around and if she has free-reign, which she should since she created the show, this new comedy will be on the same level as The Office was in its heyday.

I may be a sucker for anything Matthew Perry does. Chandler Bing is probably my favorite character of all time. If not at the top, in the top five for sure. While a lot of critics are saying this years comedy line up is weak, I want to be quick to point out that not many first episodes are ever amazing. Bing’s character is struggling with the death of his wife. He’s sent to group therapy where he encounters a rag tag group of characters a la Community. Unlike the cult favorite, I have a strong feeling this show will stay more grounded. There’s a lot of heart in this. It isn’t perfect, but I instantly felt for the characters. It’s everything I want in a show: it made me laugh, it made me cry, it gave me hope. Be sure to tune in tonight for the official premiere (it aired on August 8 to raise interest for the series).

Tune in soon for my list on five returning shows!