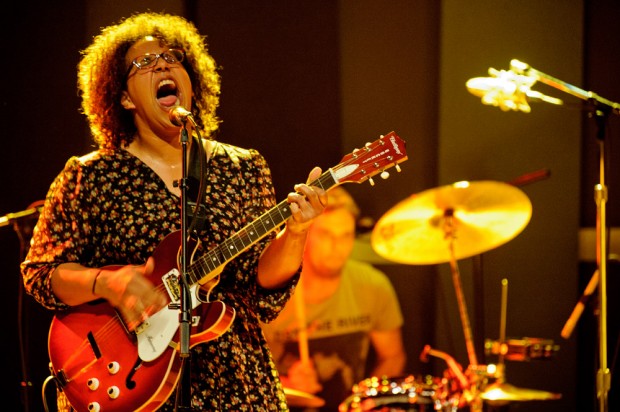 To be honest, I only saw this soulful band play a few songs in the Paste office in front of a dozen or so people, so I’m sure I didn’t get the full experience. But then again I was part of a pretty cool experience that blew my socks off. The website had just named the band the best new band of 2011 and they were playing a show in January and busted out some great jams you can watch here. Brittany Howard knows how to make me get in touch with my inner black woman and I love every minute of it. This is one band I’m still itching to see play a full fledged gig.

Sheesh, talk about raw energy. Led by the amazing Genevieve Schatz, the band, like every other on this list, is all about having fun live and they really let loose. Which is great, because as much as I love my patented “indie-shake” sometimes I like to boogie. I saw them at Vinyl in Atlanta when all of the members were fighting a nasty cold. Did that stop them? It did the opposite. They harnessed all of that energy and put it into a great show. 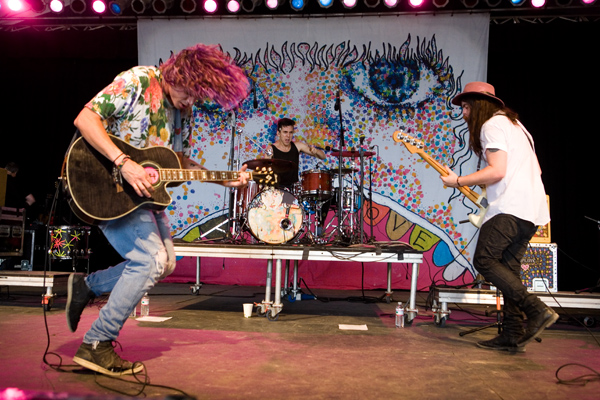 I’ve seen these L.A. kids twice now. The first was back in 2011 when I interviewed them for a Best of What’s Next feature for Paste at DeLuna Fest. The second was a few weeks ago at Crescent Ballroom in Phoenix. That show blew my mind. Not only were the five members as energetic as ever, but they upped the ante and really made it a fun show. From the jaw-dropping light show to the completely unplugged rendition of “Cruel and Beautiful World” the band held my attention and kept me begging for more.

This Denver-based band is perhaps one of the few bands that sound better live than on their record. It’s so much livelier and catchy when the trio becomes a fuller band with backing musicians. They do a great job of making everyone feel like they’re a part of the show. When I saw them at SXSW they really took the crowd by storm as they jumped off of the stage to play their breakout single “Ho Hey” and it was one of my favorite concert moments ever.

Of Monsters and Men

Wow. Wow. Wow. These guys are probably the best concert I’ve ever seen. They tore up Paste‘s SXSW party in the middle of the afternoon and brought the house down when I saw them at State Theatre in Portland, Maine later in the year. Watching the six (plus one thanks to a touring trumpet/accordion player who just happens to be one of my biggest crushes) on stage is what entertainment is all about. I’m all about hand claps and finger snaps and this band is chock full of them. I danced my ass off for over an hour and still wanted more. I want to see them right now.