My favorite returning television shows of 2012: 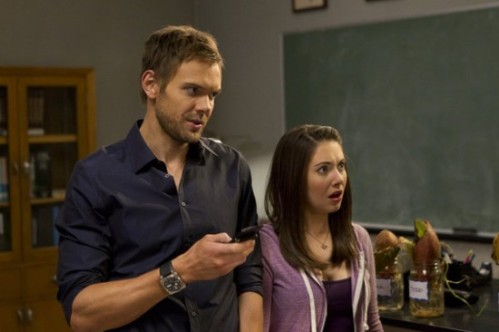 Sure, Community aired a normal amount of episodes for the latter half of their third season, but the second half didn’t air until March and aired back-to-back-to-back episodes as the finale in May. It was shunned by the network and loved by fans. Somehow it was brought back for a fourth season…wait, it was supposed to be brought back and was going to premiere around Halloween. Now that Halloween-themed episode will air the week before Valentine’s Day, which means the upcoming fourth season in 2013 will most likely be its last.

Last year’s religion-filled season wasn’t that good. This year’s season is better, and, while it’s still not amazing, I can’t quit Dexter at this point. The show flipped the switch after allowing Dexter’s extra-curricular activities to be revealed to his sister. Sure, there’s a lot of plot lines flying around, but it’s still entertaining and heart stopping. The best part of this season is the psychological war going on inside Deb’s head as she has to grapple with a lot more than just Dexter’s killing ways.

My love affair with Homeland is no secret. This season has been just as topsy turvy as the first and some say it may not live up to expectations, but I believe it went so far away from what we thought a second season would be that it’s blowing us all out of the water. Carrie’s investigation and love affair with Brody is one of the most complex stories I’ve ever watched. Some of this season might have required us to stretch our imagination just a twinge, but overall I still feel this is the best show on television.

How I Met Your Mother (CBS)

Has this romantic comedy lost some of its luster? Sure. But I still love it and last season’s finale coupled with the premiere this fall were everything we were expecting of the show. Now that HIMYM is wrapping up, there’s a lot of questions to be answered and the writers are doing a great job of keeping us guessing. Will Ted’s future wife be Barney’s yet-to-be-seen step-sister? Probably. But maybe not. That’s why the show is so good. The final episodes might lean one way and then switch everything up at the very end. We’ll see. 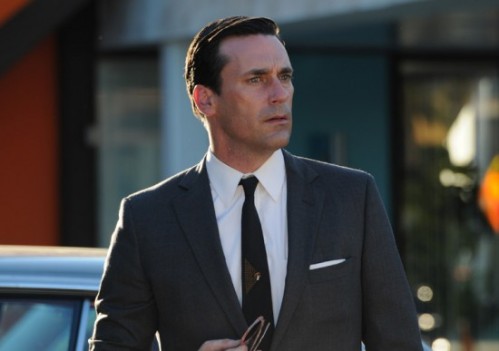 We waited a long time for the fifth season of this juggernaut and boy was it a good one. Don’s arcs have always been the heartbeat of the show, but I feel like Peggy’s was terrific this season. However, she wasn’t the only highlight last season. Roger’s LSD trip was perhaps one of the most memorable moments in recent television and the polarizing Michael Ginsberg added a unique flare to Don’s professional life. It was the first season that didn’t win the show the top drama Emmy, so expect a bounce back effort next year.

Remember when I hated Modern Family? The third season sucked me in and the current fourth is doing a fine job of keeping me there. The characters feel like family; I have my favorites and I have ones I wouldn’t mind seeing only once a few weeks. The best part about the show is its ability to balance every family and not worry about giving one star the focus. Each week I find myself loving a new character more and more, which proves that this show isn’t only written well, but acted extremely well.

Like Modern Family all of the characters are instant classics and that’s awesome. The quirkiness of the show is what makes it work so well. That and the simple fact that the show is cute. There is no other way to explain Leslie and Ben’s relationship and that’s been the driving force behind the past year’s episodes. Sure, Tom is still swagtastic, Andy and April are goofy all while everyone else pulls there own. The question is does this show in its prime surpass The Office when it was in its prime? That’s a tough one.

This show is badass. And I’m not normally a badass guy. I like the psychological aspect of a lot of dramas and was surprised when I discovered how deep this show was. I finally jumped on board this summer, caught up and discovered what I’ve been missing for four years. The fifth season had a lot of slow paced drama with spurts of action. It turned out to be a great arc for Jax and really set the rest of the series on an interesting path.

So this is cheating a little bit, but a realty show is still a show, right? Before 2010 I’ve only watched one season (the second one), but since then I’ve watched every single one and am currently on the sixth season. It’s just one of those shows you can watch week after week and get sucked into the drama and the scheming. Maybe there’s some staging, but to think of what these people go through on that island is amazing. Also, it’s one of the few reality shows I want to be on and I’m going to make it happen no matter what. 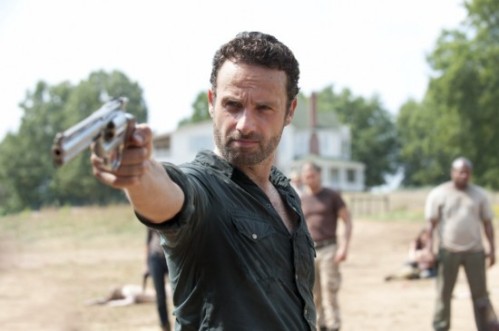 I finally decided to jump on the Dead train after thinking it wasn’t right for me for a few years now. Admittedly I’m not completely caught up so I’m cheating again on this list. However, I’m excited to barrel through the remaining episodes to get ready for when the third season returns from winter break. It’s surprising how little the show is like what I thought it to be and I’m really kicking myself for not watching it when it first came out. I won’t be making this mistake again.