One of the best perks of being a teacher is the time off. Having built in vacations is truly top notch because I don’t ever have to use Paid Time Off like 90% of this country when they want to relax. I also love it because I don’t feel guilty when I binge watch shows. If I was using my valuable PTO, I’d be out every day of my vacation doing awesome activities. Luckily, I didn’t feel like I was wasting my time over the past two weeks because I spent awhile on Netflix watching a very specific genre: British murder mysteries.

I know there are countless shows out there that are probably “better” or more critically acclaimed, but I stuck with recent hits. Here’s some comments on the five series in the order that I watched them. (Note: I also watched Appropriate Adult, a two part television film, which I’m not including in this write up.) 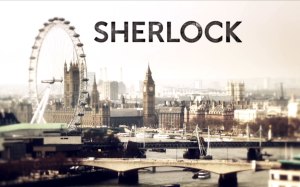 Sherlock
I know, I know, I know. I should have watched this before this holiday season, but I didn’t. I do have to say that I thought the first series was the most consistent. Obviously the Moriarty episodes are the best; especially “The Reichenbach Fall.” That was the pinnacle of the series for me. I really wished they fleshed out Watson and Mary’s relationship before throwing that twist at us. 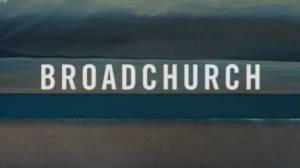 Broadchurch
This mystery about who killed a little boy was really tightly written. Early on in the set of eight episodes there is a guessing game of who it could be. Then, if you’re watching carefully enough, you should be able to narrow it down. Still, the ending is quite shocking. I like that the show is envisioned as a trilogy about the city, Broadchurch, and won’t necessarily be a murder in the second series. Instead it will be about the fallout of the case.

The Fall
Knowing who the murderer is makes this an intriguing series. We get to see the manhunt for Paul Spector, but also his personal life. There are enough subplots to keep the pace up without distracting from the main story. The second series is already out overseas, but will premier on Netflix later this month. Without spoiling the ending of the first five episodes, I will say that there is a mixture of satisfaction and disgruntlement.

Southcliffe
I have mixed feelings about this show. It has a great synopsis: a journalist returns home to cover the shocking murder spree. I should have loved the show. Except the show is told in a non-linear format, which is a good idea for a spin on the show, but I felt it distracted from the narrative. Sean Harris, who plays the shooter, is transcendent in the role. He won a BAFTA for it and really helps me get reeled back in from the formatting issues.

Happy Valley
This was the most violent and action packed show on the list. It follows a police woman who is raising her grandson. The boy’s mother killed herself after having the child which resulted from a rape. Heavy stuff, right? The rapist is released and gets tangled in a kidnap for ransom situation. There are so many layers to the story though. It feels the same as a lot of these shows, but the violence really gives it a unique perspective.