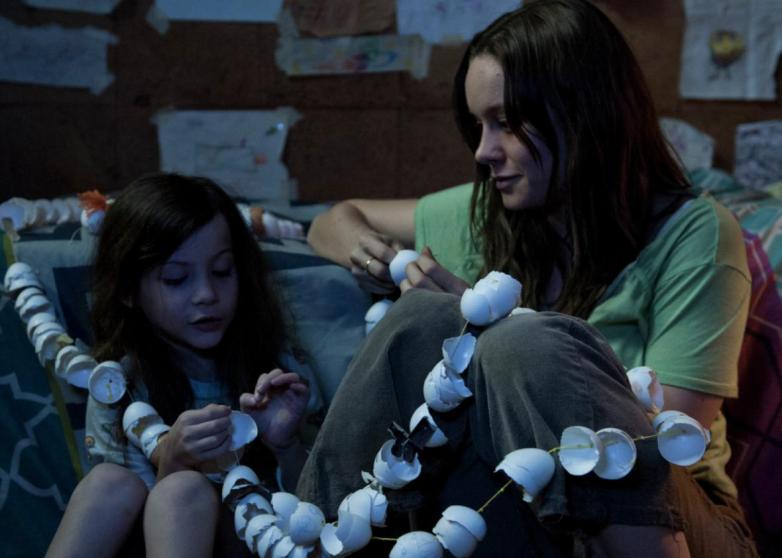 Lenny Abrahamson’s direction of Room, adapted by Emma Donoghue of her own 2010 novel of the same name, is masterful. It’s intimate, thrilling and heart wrenching.

The film stars Brie Larson, who gives an ace performance of Ma, a woman who was kidnapped at 17 and kept in a shed by her captor. It is seven years later and she has a five year old son named Jack, portrayed by Jacob Tremblay with such brilliance. Their acting is precisely what made this film so exceptional. Larson portrays Ma as such a damaged, but heroic character. The actress isolated herself for a month to get into the mindset as best as she could, and it paid off. Her subtle mannerism and nuances throughout the film carry so much weight that you can’t help but predict a few nominations.

Young Tremblay’s performance was vital to the film. Like the book, the story is his. The camera stays close, giving point of view shots for vital scenes that helps translate his first person narrative on screen. For such a young actor, it must have been difficult to understand the emotions behind Jack’s lack of knowledge of the real world, but it was translated well on screen.

There was a good amount of pacing for the film. Sure, it couldn’t dive deep into the monotony of everyday life in room, but it was slow enough and portrayed a sense of urgency that was required for a film. This was done by those camera shots. One thing that thought it was helping, but not necessarily did, was the over-the-top score. It was almost as if the composer thought he needed to hold the audiences hands to make them feel the emotions trying to be elicited on screen.

The slow building momentum pays off. Every time something happens you can feel the psychological torment that both Ma and Jack would feel. Agony and hope were the two most common emotions bouncing around this world in a room. From scene to scene the audience could sense something brewing; that there was complacency unfolding inside this hell, but that there needed to be some relief.

What the film does best is disorients its audience. It feels claustrophobic when it needs to, but then suddenly feels wide open and worldly in the next. It induces a panic attack much like Gravity achieved.

It’s an accomplishment that films rarely achieve. It truly made Room a buzzworthy