Here’s a secret I don’t tell many people: I hated Harry Potter at first. Or, I should say, I didn’t understand why Harry Potter was as good as it was.

I first became cognizant of the Boy Who Lives in a computer class at the beginning of 6th grade in 2000. A girl had a giant green book with a bespectacled boy staring up at me. Dumb. I liked Chronicles of Narnia enough as a kid, but by that point had already moved on from fantasy. I read Homer Hickam’s autobiography, Hardy Boys, sports novels, but never fantasy.

In 7th grade, just after the terrorist attacks on September 11, my reading teacher recommended I read something “not so serious” and handed me Sorceror’s Stone. We had to read books for pleasure and take quizzes on them for points (Accelerated Reader, anyone?) and the first Harry Potter was a lot of points.

I failed the quiz. I had only skimmed the thrilling tale because I just wasn’t in the mood for that type of story.

So, I missed out on the magic of JK Rowling’s world for years.

I remember Cousin Chris saying he saw the first film and that it was “just okay.” Later, my older sister made me watch the first two. I didn’t really get the magic. She took me to see Prisoner of Azkaban at the end of my freshman year of college. 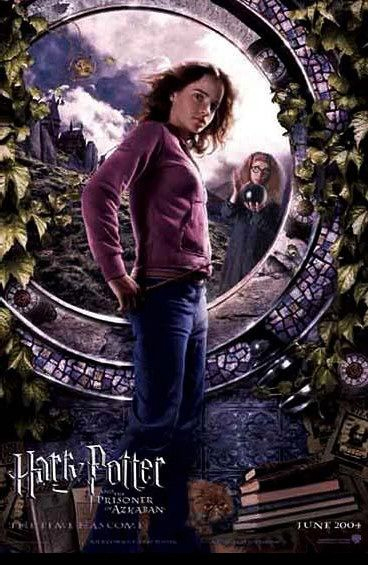 Okay, okay. I loved it because I had a crush on Emma Watson. The story – to me at the time – was thrilling, but my hormones found Hermione more enticing.

So, yeah. Typical, dumb boy became obsessed with a book series because of a girl. In this case, the prettiest celebrity my age (she still is) and not a girl in my class.

The summer before my sophomore year of high school was spent going to the library to read the series. I devoured the five books I had missed. I didn’t live through the anticipation for the majority of the series. I missed the agony of Sirius Black’s demise. I went back through Rowling’s old click and point site. Read old rumors on Mugglenet. I discovered via some sort of quiz I was a Ravenclaw. At one point I was even part of an online message board RP where I played a character who made the house Quidditch team as a beater. I’m not ashamed to admit that.

I was obsessed. My parents eventually bought me hardbacks of all of the books that were out at the time. Then I pre-ordered Half-Blood Prince and read it in a day. I went to midnight releases of the films (GoF with my sister and her friends, OotP and HBP with a girlfriend and her siblings, DH 1 and 2 with college friends).

When the book series ended, I read the book next to my girlfriend. I was entering my senior year of high school and we laid next to each other reading at our own pace, silently. We’d take breaks at certain chapters to discuss. It was the most sensual thing in the world.

Throughout the years, I fell deeper and deeper in love with the wizard. A girlfriend in college got me the British publication versions of some of the books for my birthday after I mentioned how I wanted them once in passing. I now have numerous versions of the series and they’re proudly on display.

I’m 28 now and don’t have kids yet so I haven’t introduced the magic to offspring yet. I did, however, marathon the films with my mom, who had never read or watched anything Harry Potter related. She’s in her late-fifties and loved them. She cried when Dobby died.

JK Rowling continues to tinker with the Wizarding World she created two decades ago. There are a lot of hits and a few misses, but I love them all in the same. I hope she continues to expand the lore. I hope I never forget the magic that touched me throughout my life.

When people ask me what my biggest regret in life is, it’s not any drunk decision, or how I treated a girlfriend. It’s missing out on being friends with the Boy Who Lived for so many years. But we’re best friends now. All is well.