I love television. A lot. I watch a lot of it. I got paid to review/recap episodes at one point. I’ve interviewed Emmy-nominated actors. I knew the world was going to be abuzz Monday morning with news that Game of Thrones was back. People at work wanted to talk to me about it. I BS’d my way through it, but here’s a not-so-secret fact about me:

So, here’s a synopsis of everything I know. I’m going based off of word of mouth and things I’ve seen on Twitter. I’m not going to Google anything to check for spelling or what have you while I’m writing this. Someone please tell me how close I am.

Once upon a time in some alternate fantasy world called Westeros a dude named Ned Stark had a dope family. His son gets pushed out of a window after he sees some relatives boning and then his world collapses. He gets beheaded at some point. I’m not sure if he was king or not. Maybe he just wanted to be. Yeah, he was one of the Houses (but not really like the ones in Harry Potter) vying for the Iron Throne. If you get to sit in that you get to rule all of the lands.

Anyway, he wanted it. Maybe he has a bastard son named Jon Snow – who is the only character with an f’ing normal name. He has other kids. Arya seems to be popular. She has thick eyebrows and is short. His family are the good guys.

Everyone wants the throne because winter is coming. It’s not a normal winter. It can last for a long time and ruin everyone’s lives. There’s a wall that protects the main area. It’s probably called King’s Landing because I’ve heard that before. Like King’s Cross in London.

Ned’s death was a shocker because he was the main character. He was played by Sean Bean, who always dies in everything, so y’all really should have seen that coming.

After he dies King Joffrey takes over. He’s played by the kid who sees Batman in Batman Begins. He has a bad bleach job and short bangs. Everyone hates him. Like, the characters and the people in our real world. He sucks. He has a cool mom though and a midget friend who won a few Best Supporting Actor Emmys. I think they’re all in the same House. House Lancaster, probably. 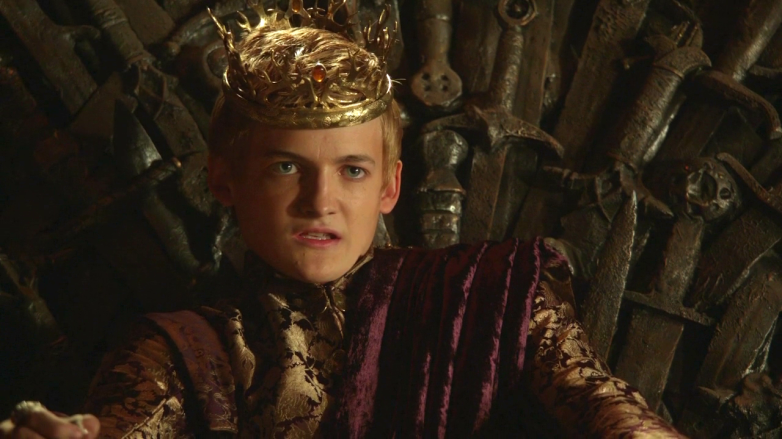 [An aside: I know there are House Stark and Lancaster. There is a House for dragons and maybe a stag as well. I like that one the best. I’m sure there are more. They use sigil’s with neat logos people get tattoed on their bodies in the real world.]

Then there are the dragon people. Danyrius (Dany) is the attractive one everyone loves. She is the Dragon Mother who carries around eggs for a long time. Her dragons get born and she becomes all powerful in a later season. She’s forced to marry Khol. Khal. Khan. King Kong. Something like that. He’s sexy and has a shaved mark in his eyebrows. Dany walks with those guys for a long time. Until he gets killed. Then she’s sort of free to be good.

There’s a Red Wedding where everyone dies. It’s not good. There are White Walkers. They’re zombies. There’s a group of good guys called Rangers (maybe?). Jon Snow is part of them. He gets killed in a finale, but he’s really alive. He just comes back with short hair. Hodor only says ‘hodor’ because there is a time travel episode where he’s normal and saves people because of something to do with ‘hold the door’ which becomes ‘hold door’ which becomes ‘Hodor.’

I know all of these storylines eventually collide. Maybe not yet. We don’t know because George RR Martin is lazy and hasn’t finished the books. So HBO is just winging it. But they have the outline for the rest of the series.

I’m going to predict the end of the series now. Maybe these are spoilers, but I’ve never seen an episode. So don’t get mad.

This season and the last will answer who Jon is. Right? There’s R+J=? or something like that. Probably Ned’s son with some other woman other than his wife. The other lady is part of another House so Jon has the bloodlines of two important groups, which means he’s really the main character. He’s going to marry the Dragon Lady because she’s the other important character. They’re going to protect the wall as winter comes and beat the zombies.

But I guess there are going to be prequels and sequels because HBO wants that money. Why wouldn’t they?