I was looking for a specific type of book in the summer of 2017. I asked the subreddit Suggest Me a Book “History of Drag. Any suggestions? Not biographies. But a cultural/sociological look into Drag Queen history and such. Thanks!”

I wanted a definitive history to read like explored in the documentary Paris is Burning. I got a few upvotes and two responses – My Life in the Movement by Cleve Jones and Sex Change, Social Change by Viviane Namaste – but nothing I was particularly looking for. I didn’t even ask to think of looking for a good literary fiction book about queer, trans, and drag queens during the 1980s and early 1990s because, well, I had a feeling it didn’t exist.

At some point I got an advanced copy of a book. Upon a quick glance it just seems like a romance. It has Beauties in the title and has a glamorous shot of a woman.

I glance at it a few days later. It’s a man with make up on. In drag.

This is the book I was waiting for. Joseph Cassara wrote The House of Impossible Beauties and I am going on record by saying this is going to me one of the books of 2018. 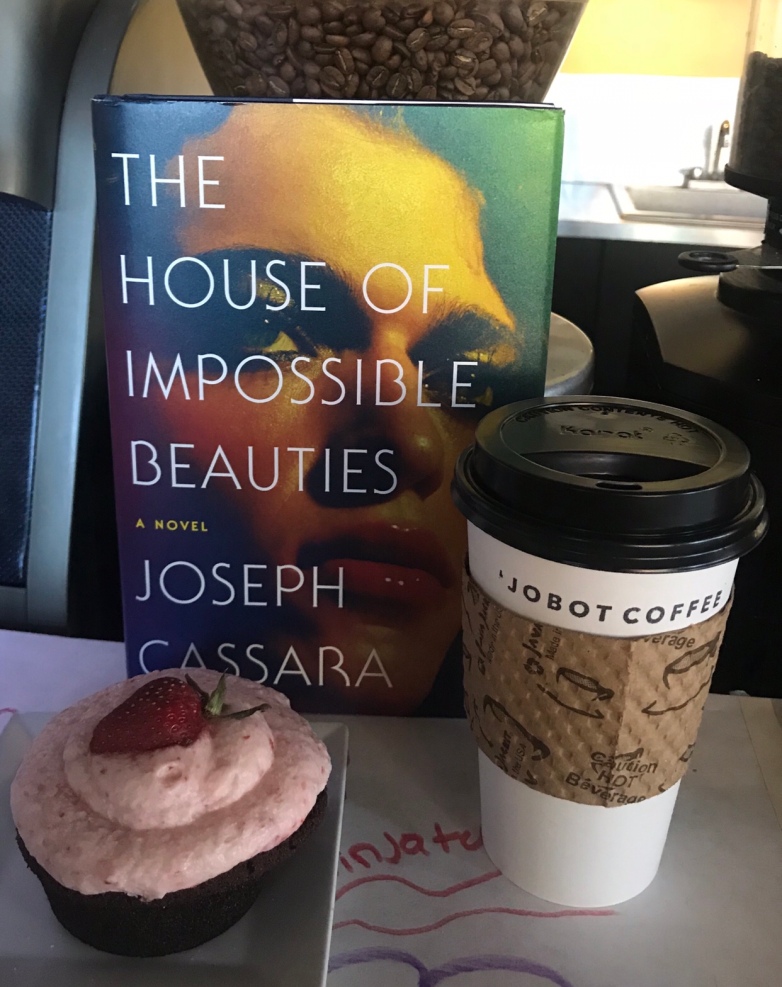 From the first pages of Cassara’s book, I knew it was exactly what I needed. Angel, a young male quickly is dismissed of the he pronoun. She is a fiercely empathetic character who falls in love and rises to the top of the ball scene. She’s Dominican. From Harlem. She doesn’t take any shit from nobody and will go to great lengths to protect her friends, family, and her second family.

Thomas is given one of my favorite introductions in recent literature:

“He feared that with that name, he would become the type of man who wore plaid button-downs and tucked them into chinos. With a belt.

Cassara writes without fear. Pronouns are as they should be. He dances around historical facts and inserts what he calls emotional truth to the characters. Some have taken issue with how the New Jersey-born writer takes actual people from history and distorts them into a fictional world. But, in all honesty, this isn’t a historical fiction book. It is a very literary book set in a different era.

In the late-‘80s and early-‘90s, queer culture was shifting in New York City. Men were drag queens, trans(vestites as they were called then) were starting to be more out publicly than they ever were, and they weren’t alone. Events started popping up called balls. The community would come together and have dance competitions (Madonna didn’t invent vogueing, y’all) and fashion competitions. Categories were all about how well men passed as women, how high fashion they could be, and multiple others. People formed families – or Houses – which were their own group of people they would ride or die for. The House of Xtravaganza was one such group lead by Hector and Angie Xtravaganza.

In Cassara’s book, we also meet these people. Only Hector doesn’t just have a passion for dance, he is trying to become a professional dancer. And Angie is now Angel. The basic beats for their lives remain foggily the same, but Cassara makes them their own entities.

Anyone who thinks this novel will simply be about drag competitions or the club scene will quickly learn it is a family drama. The Xtravaganzas are joined by a sensitive trans girl named Venus, a fashionista named Jaunito, and a butch queen named Daniel. There are only flashes of the club world. Instead, the novel follows the main characters navigating their personal lives. They turn to turning tricks near the piers to pay for money, attempt to pass as female models, and learn that love is even more complicated than they thought.

While HIV and AIDS play an important role in their lives, it is never in the forefront. The virus was a looming demon in real life. Everyone was worried, and Cassara uses this paranoia to inflict the harsh realities into the Xtravaganzas’ lives. He was careful to keep this a familial drama and not an AIDS novel.

The story belongs to this makeshift family. While it is truly a slice of life type of story, Cassara manages to make it a thrilling page-turner because of how invested he was in the characters. You can sense the realness of the characters – and not just because they are based on real people.

This book is for anyone – queer or straight – who wants to gain a better understanding of what life was like for this community before RuPaul launched himself into the mainstream.