After describing the plot to Lady Bird to a coworker and declaring it the best film I’ve seen this year, she asked me: “Why?”

Why. The short answer: it’s the type of film that I would want to write for the world.

Greta Gerwig has been involved in some of my films over the course of the last decade. It doesn’t hurt that she linked up with Noah Baumbach professionally. Baumbach created The Squid and the Whale, one of my top 20 favorite films of all time despite its flaws, and of course is in league with Wes Anderson. Gerwig’s skills were honed during this partnership, but she is a wholly original talent. Up until now, her two best screenplays were co-written by Baumbach. She starred in Frances Ha and Mistress America under his direction.

With Lady Bird, Gerwig stepped out on her own to write and direct (but not star) in a fraught coming-of-age story about a Catholic school senior. That logline does a disservice to the film.

At its core, the semi-autobiographical film is about an individual dissatisfied with everything around her. Her wings are strapped by her surroundings. Her mother loves her, but maybe doesn’t like her. Her school officials don’t understand her passions. Yet, deep down, she must become satisfied with herself.

Saoirse Ronan, an Irish-native who sounds like Lindsay Lohan in the mid-2000s with her Californian accent, is perfection as Lady Bird. In the film’s opening scene, she gives an earnest effort of connection with her mother as they finish the audiobook of The Grapes of Wrath. It’s a moment of purity that sets everything in motion. Her relationship with her mother is professional; not loving. Lady Bird (birth name Christine) is the Daughter of Marion. That’s a job role, not a relationship.

This connection between the teen and her mother, played by the incomparable Laurie Metcalf, dances throughout the film and is the emotional backbone of Lady Bird’s coming-of-age. Metcalf is both a mentor and an antagonist in her role. She toes the line throughout the film and sometimes even within a scene. She wants her daughter to be the best version of herself that she can be, but is less than a champion for her daughter to reach that achievement. Marion will lift Lady Bird up to the sky and then undercut her with one soft spoken line. 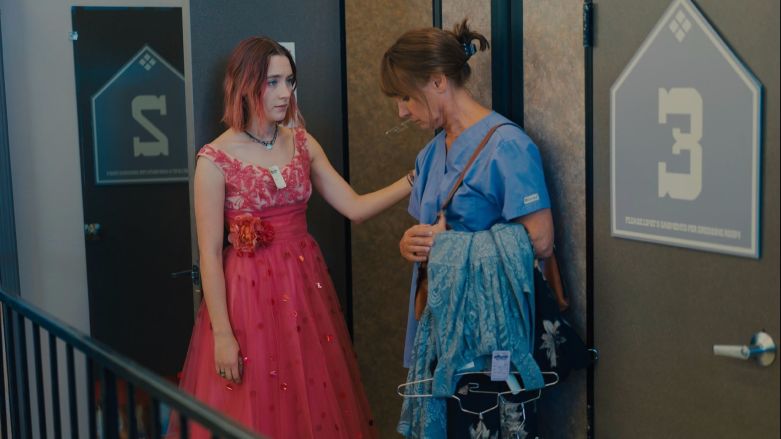 These two may carry the film, but they’re surrounded by astonishing performances. Pulitzer Prize playwright Tracy Letts plays the father whose storyline is a beating pulse to a lot of the drama, but doesn’t get overworked. Lucas Hedges and Timothée Chalamet (Oscar nominee and future Oscar nominee) present the dichotomy of teenage boys while relative unknown Beanie Feldstein does more than hold her own as Lady Bird’s best friend Julie.

The plot that unfolds over the course hits the typical beats of a teenage film. An outsider finding a niche group of friends. Abandoning those friends for something new and exciting only to realize she had it good all along. What happens in between those beats is what catapults this to perfection. There is no reason for Gerwig to need to hold the audience’s hands to explain that Lady Bird’s brother Miguel is adopted. Nor is there a reason to follow a thread of a secondary character of Father Leviatch. His role is small, but thematically ties so much together.

What this film nails that most miss is that even though Lady Bird came of age over the course of a year, she will come of age again when it’s time to grow. Live is an ever-changing lesson. Lady Bird figured out one exam. Marion figured out another. The cycle will go on and on as they better themselves for the rest of their lives. The audience believes this because Gerwig understood these characters are more than 90-minutes of material. These characters are my sister and mother. Hell, they’re me and my father. They’re perfect in the fact that they’re anything but. 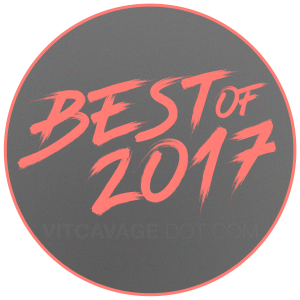